ECONOMY AND POLITICS - Mind the Politics: Portugal, a recovering country with the help of FDIs, including 'One Belt One Road'

Portugal is a country in southwestern Europe, and it is a semi-presidential republic with a population of over than 10 million people. It is a well-established European state, with ancient roots towards its sovereignty and national self-determination. Through history Portugal has evolved through the Empire and a chaotic republic to a dictatorship, finally becoming a democratic republic in 1974.

Despite Portugal’s Empire and Dictatorship heritage, the current political mainstream in Portugal is socialism and centre-social liberalism. The Portuguese Parliament consists from 230 members. After the 2015 general elections, the Socialist Party forms a minority government with a support from the Left Bloc and an alliance of Communists and ecologists (UDC). They face an opposition of a liberal Social Democratic Party and a conservative People’s Party. A pro-animal party also holds one seat. The acting President – Marcelo Rebelo de Sousa – was a member of a Social Democratic Party, meaning that his powers in the Parliament can be now undermined as the Socialist Party forms the government. Image 1 shows all the parties in the Portuguese Parliament. 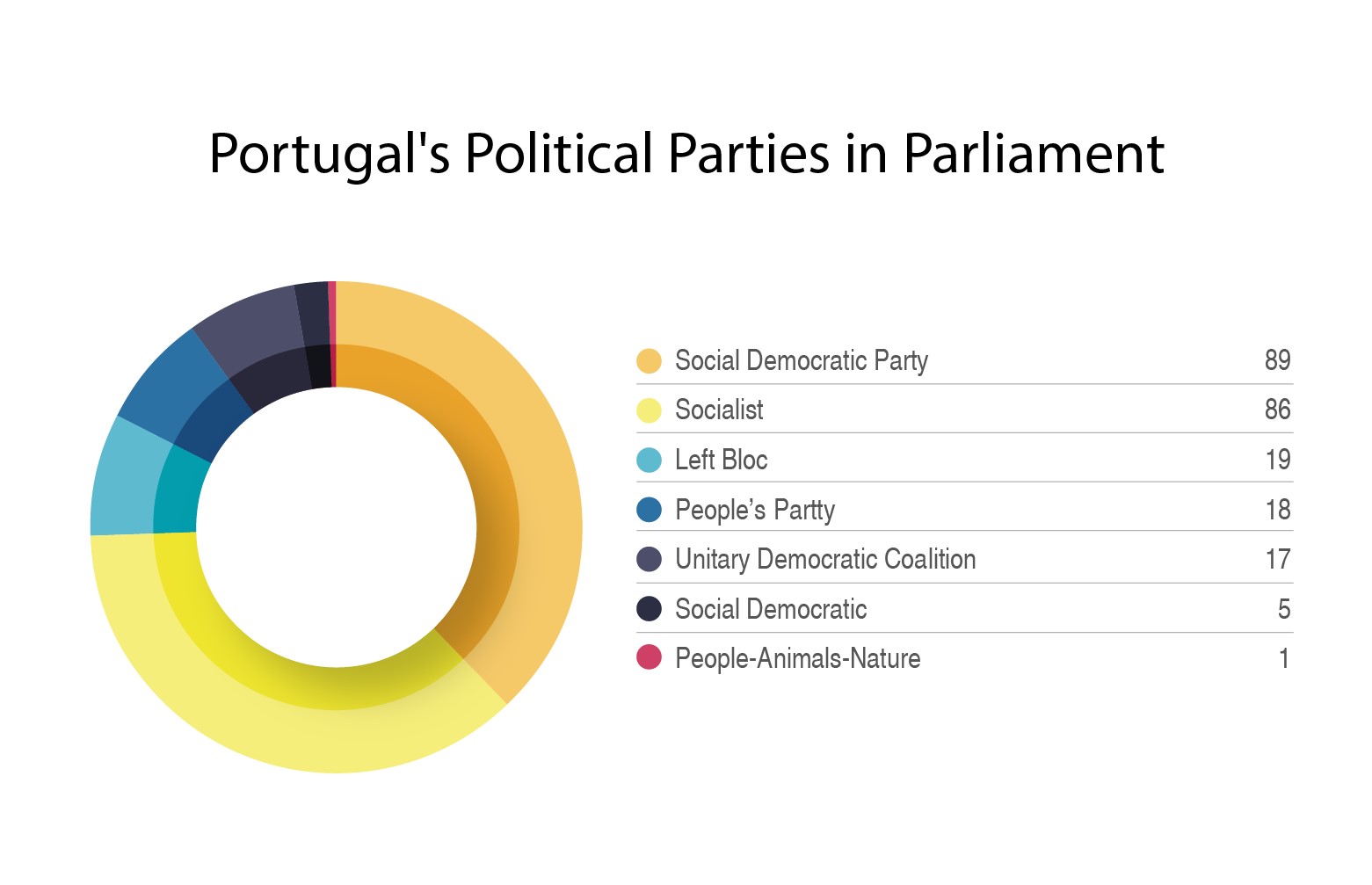 With such a representation of a political views, it is highly unlikely that any anti-EU parties will gain support in the nearest future – with the political agenda remaining in favour of the EU. The Prime-Minister Antonio Costa has even pushed for a larger EU budget, supporting his own stance on the anti-austerity measures. According to the reports, the socialist government has been able to stabilize the situation recently – targeting economic growth and unemployment levels. However, GDP growth remains slow in Portugal – with an annual 2.3% in second quarter of 2018. Even though, after years of an economic instability even such low rates show signs of an economic stability.

As Portugal has recovered from the 2008 crisis, its economy remains a major concern for the population. The country welcomes an increase in the numbers of foreign direct investments (FDIs) and start-ups opening their offices in the country and has introduced measures to make it easier to do business there.

One of the countries, which has the highest FDIs levels is China. By 2016, Chinese investment into Portugal reached €5.7 Billions, concentrating on industries such as utilities, banking, insurance and health care. As these investments have come after the financial crisis, it has produced a positive image in country for China – including signing a memorandum showing Portugal’s willingness to join “One Belt One Road” initiative. Portuguese President has recently reaffirmed (May 2018) that Portugal is willing to strengthen the cooperation between two countries, welcoming more investments, including new developments in sea ports.

A threat of the terrorist activities remains lower than in most of the European countries due to its cultural uniformity, making Portugal a safer destination for both tourists and investors – scoring 0 (on a scale from 0 to 10) on Global Terrorism Index Score.

In conclusion, Portugal is a politically stable country and has good climate, “openness” to foreign investments and a safe environment. Having low growth rates now, it wants to increase its growth with the help of FDIs, including “One Belt One Road” initiative, which makes Portugal one of the most welcoming countries for Chinese nationals.