Whilst Brexit has grabbed every headline in the UK and Europe for the last few months last week with the eyes of the world looking in as it appears we are on the cusp of a deal as has consistently been the case the ball was dropped by the Government. As optimism swept the markets last week as UK Prime Minister Boris Johnson and the European Union finally came to an agreement on a deal the Pound surged touching almost 1.3000 against the US Dollar as it was looking like Johnson may have the required votes to pass his deal through Parliament.

However, there remained criticism over the content within the deal and the manner in which it was delivered. When Johnson and EU Chief Negotiator Michael Barnier had announced the deal last week, it was directly mentioned that the deal was agreeable to Northern Ireland and the DUP, but as was later proved, this was certainly not the case as they publicly stated.  As opposition party members and indeed members of his own cabinet pointed out this deal was no better than the one agreed by former PM Theresa May and fears grew that Johnson was trying to strongarm a poor agreement through the house using the threat of its this deal or no-deal.

As Parliament sat on Saturday for the first time since the Falklands war all focus on independent and expelled party members to see which way they would vote, with Johnson requiring most of these votes to pass the deal unable to rely on the support from the DUP.  In a late twist, the inclusion of a vote designed by Sir Oliver Letwin took first priority for Saturday. This vote was to secure an extension on Brexit for a further 3 months to allow formal negotiation and analysis on any deal Johnson negotiates with the EU thus putting the brakes on the charge towards the current deal and ensuring that lawfully the PM had to adhere to the Benn Act and formally request a 3 month extension. 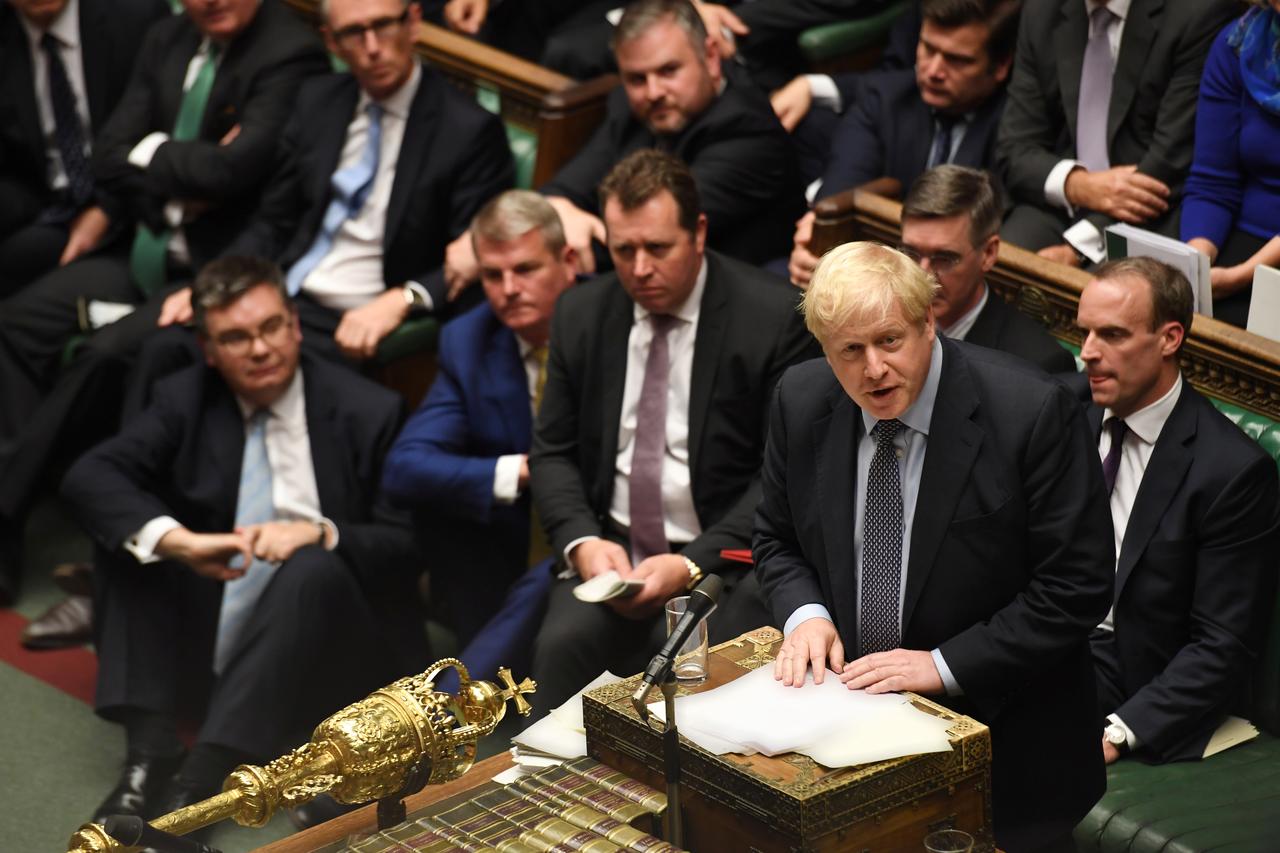 Whilst much has been made of the manner in which Johnson requested the extension with him failing to sign the letter and adding an additional letter effectively saying that this isn’t his idea and they made him do it, the fact is that the letter has been written and we now await a reply from the EU, as has been typical Macron the French Leader was quick to state that the UK should just get on with voting without an extension. This of course could be an eventuality as well as permitting the UK the 3 month extension allowing it to end earlier if agreement is reached, alternatively as a German Minister suggested give the UK a longer extension whereby Johnsons deal is put to the public to vote in a referendum. Whilst many expect to hear from the EU in reply this week, they next sit on the 28th so it remains possible we do not hear till that point.

Having taken the meaningful vote on the deal on Saturday after the extension votes derailed proceedings its likely Johnson represents his deal either on Monday or Tuesday this week. Yesterday in a TV interview Jacob Rees Mogg appeared confident that they will obtain enough votes to pass the deal a claim the markets seem to be agreeing with. Whilst there was a drop in the value of the Pound at the Asian open on Sunday night ending the Pounds wave of appreciation, the dip for now has been relatively shallow staying above the 1.2900 level, bearing in mind we were down at 1.2200 in September optimism in the markets persist as dips seem to be favourably bought with investors talking of one year forecasts of 1.35-40 outlooks for 1 year timeframes if a deal is reached and with the MPC having to hike rates to control inflation in the UK, it may not be such a longshot as it seems.

So another huge week for the UK and Eurozone, and whilst it may seem the Eurozone is holding all of the cards it can't be forgotten that they need a deal as much as the UK, the EU is experiencing less healthy times with slowing growth and now additional tariffs to deal with. All eyes will be on the negotiations this week and expectations remain for high volatility.

The Stock markets are continuing their positive stretch with the FTSE, DAX, S&P 500 and DOW Jones all enjoying positive weeks as earnings season has certainly not disappointed so far with JP Morgan and Netflix being two of the stronger performers so far. Last week brought further positive voices from both the US and China teams as the phased approach of the negotiations seems to be working well at this early stage, with both countries financial health currently suffering at this moment in time the fact that harmonious negotiation is in everyone's interest with ‘substantial progress’ being made currently.

Monday - As all eyes fall on Brexit progress there is little in the way of meaningful data from the global markets. Only the Canadian election results expected in the US session are noteworthy.

Tuesday - First up from the UK comes Public Sector Net Borrowing and BBI Industrial orders. In the US session we get Canadian Core and Non-core Retail Sales. We also get US Existing Home Sales and the Richmond Manufacturing Index as well as the Bank of Canada Business Outlook survey. Overnight the Reserve Bank of Australia Governor Kent Speaks.

Wednesday -  Japanese Inflation data is first up before Canadian Wholesale Sales and Eurozone Consumer Confidence. In the evening we get Australian Manufacturing and Services Flash PMI’s

Thursday - The biggest data day of the week with the focus on the Eurozone. First comes French German and collective Eurozone PMI’s . At lunchtime comes the ECB interest rate decision where all eyes will be on Draghi’s press conference at 1.30pm. At the same time we receive the Core and Non-core US Durable Goods.